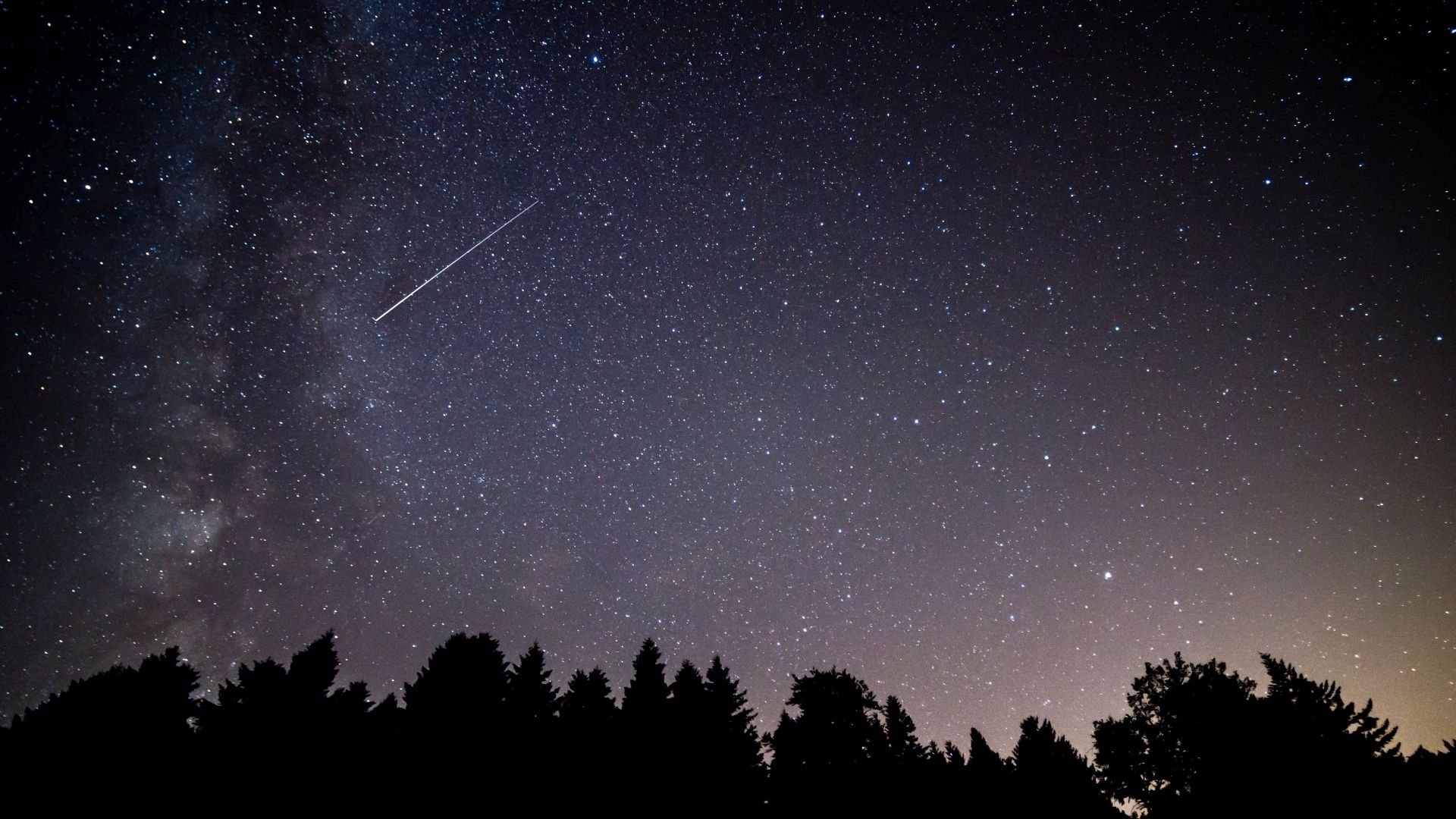 As a radio amateur, we always try to bridge the greatest possible distances by radio. To do this, we have almost any means at our disposal: good antennas, sufficient power, some knowledge of physics - and special phenomena in the ionosphere. This is exactly what happens with the so-called meteor scatter. The ionosphere is the upper layers of the atmosphere, the thin skin of air that surrounds the Earth. Usually, solar radiation creates an electrical charge (ionisation) at certain altitudes, which in turn causes radio waves to reflect off these ionised layers. Thus, under 'good conditions' (= suitable ionisation), we can reach other radio amateurs at great distances with manageable effort.

Now, there are other mechanisms besides solar radiation that can generate an electric charge in the ionosphere. One such effect is meteors entering the Earth's atmosphere. In the process, the small pieces of rock heat up so much that they burn up - we can see a shooting star. When they burn up, heat is generated, and this energy also creates an electrical charge (ionisation) in the thin air of the upper atmosphere. And this is strong enough to reflect radio waves! In other words, exactly what we want. The difference to normal reflections in the ionosphere: These reflective meteor trails often exist for only a few seconds, whereas the usual E- or F-layer reflections can exist for hours or days.

Meteors occur every day, but there are annually recurring dates when they can be seen (and heard by us) in clusters. They originate from comets orbiting the sun, which over thousands of years have lost many dust particles and tiny chunks of rock. These are left behind in the comet's orbit. The Earth crosses these orbits at the same time every year, the comet dust hits the atmosphere and burns up - a meteor shower is formed.

Some of the strongest meteor showers of the year are:

The amount of shooting stars that occur varies greatly and also fluctuates each year, but at the best of times and in dark places on Earth, 40 to 50 shooting stars can be seen per hour. Many more meteors can usually be heard and used by radio amateurs, because even those that leave no visible trail are often large enough to create an ionisation trail that can reflect our radio signal. The band of debris and dust left behind by such a comet is quite wide. That's why meteor streams often last several days. Some have a pronounced maximum, others are more evenly distributed over time. The best time for shooting stars and for us radio amateurs is the second half of the night, roughly from midnight until about 6 am. This has to do with the movement of the Earth around the Sun - at night, the dark side of the Earth moves into the dust stream, increasing the probability of being hit by these small particles. But there are also usable meteors at any other time, just much rarer. These are then fast-moving meteors that are fast enough to 'catch up' with the Earth, and those that happen to lie in the path of our planet.

Meteor Scatter is only done on the VHF and UHF bands (6m, 4m, 2m and 70cm). On shortwave, the reflections are also visible, but are masked by other effects. The most commonly used frequency band is 2m. The challenge of radio operation via meteor scatter is that the reflecting ionisation trails last only a few seconds to (in rare exceptions) 1 minute. So you have to get all the data for a QSO (a radio connection) into this randomly occurring reflection as quickly as possible. In the past, this was done by telegraphy (Morse code). With a tape recorder or later with a computer, Morse code was sent out at a very high speed (400 to 600 characters/minute!). On the receiving end, a tape recorder was used that recorded at high speed. After a fixed period, the tape was played back at a much slower speed, the received Morse code was decoded, the answer was quickly formulated and then sent out at high speed. This procedure cost a lot of time and required strict adherence to radio discipline (who transmits, who hears when). In addition, a fairly high transmitting power and a good antenna were absolutely necessary for this procedure. It was hardly necessary to start with less than 300 to 500 watts, and the antenna should also be a large Yagi for VHF.

Thanks to modern digital technology, the requirements for participation in operation via Meteor Scatter have become much smaller. The reason lies in software development and in the very powerful PC hardware available today at low cost to run this software.

The secret is the modulation technology. For example, very robust procedures were developed a long time ago that only require an extremely small signal-to-noise ratio in order to be decoded reliably. The origin is space travel with the need to safely receive extremely distant space probes, which can only transmit with low transmission power, on earth. Only a low data transmission speed is achieved, but that is better than not being able to receive scientific data at all. The extreme example is the Voyager probes, which are far outside Pluto's orbit (distance 22.9 billion km) and transmit with a transmission power of little more than 20 watts. Here, NASA's Deep Space Network receives data at a few 100 bit/s (bit, not kilo- or megabit!). This is made possible by extremely sophisticated modulation technology and very large antennas, at least on Earth.

So it takes more than just a good antenna ...

but it doesn't work without one either. For example, the 9 element 2m Yagi from YU1CF (Antenna Amplifiers) is suitable for scatter operation on the 2m band. For the 6m band, for example, the 5 element LFA3-HG Yagi from InnovAntennas can be used. In order to make the best use of the band openings, which occur for a short time and sometimes only for a few seconds, a good preamplifier is helpful in addition to the antenna. The SP200 and SP600 offer amplification on the 2m and 6m bands for the corresponding frequency ranges of 144-146 MHz and 50-52 MHz respectively.

In the near future, we will publish more interesting information and products on the topic of Meteor Scatter here. So stay curious and check back here from time to time.

To the online store