The store will not work correctly in the case when cookies are disabled.
Menú

UPDATE: 05.02.2023, 10:17h am CET
During the weekend the 3Y0J team has adjusted our plans. We are currently preparing this Sunday morning to land essential supplies to survive on the island, and build the camp to manage the upcoming storm predicted for Thursday. In addition, we will attempt to land radio equipment in a difficult operation during the most favorable time slots. This landing depends on the conditions at Bouvet which have proven to be very difficult. The setup is a small scale setup that, if we succeed, will possibly be extended. More info later.
3Y0J team, Fuente: Facebook


UPDATE: 03.02.2023, 04:54h am CET
The 3Y0J Team is very busy working in very extreme and difficult conditions to transfer all the equipment and supplies from Marama to Bouvet Island. The materials must then be carried or hoisted up to their campsite at a higher elevation. The Starlink internet terminal has been disconnected. Internet communications with team members will not be possible again until the camp is established and Starlink set up. Team Co-Leader Ken LA7GIA has asked that we be patient while they work. The satellite radios are being used to coordinate activities between the camp and the boat and must be kept open for that purpose. Thank you for your understanding.
Steve N2AJ, Fuente: Facebook


UPDATE: 31.01.2023, 07:58h pm CET
In today’s 17:00 UTC Satellite Radio call 3Y0J Team Co-Leader Ken LA7GIA announced that he and members of the 3Y0J Team have landed on Bouvet Island with a zodiac in very difficult conditions. He tells us that he had to swim for ten meters but his clothing stayed dry. All team members are OK and in good condition. They will head back to the boat at sunset. This is incredible news!
Steve N2AJ, Fuente: Facebook


UPDATE: 30.01.2023, 10:04h pm CET
3Y0J Team Co-Leader Ken LA7GIA reports, “We are at Bouvet. We arrive in one hour. Wx forecast is not too good. There is a 24h wx window on Tuesday noon until Wednesday noon. It is foggy and difficult conditions with high winds. We will assess the situation tomorrow morning at 04:00 local time. If conditions are ok we might attempt to land. But this is not going to be easy. Otherwise we have to wait until Thursday or Friday.” The 3Y0J Team is receiving Starlink Internet Service at this time. Thank you Elon Musk!
Steve N2AJ, Fuente: Facebook


UPDATE: 23.01.2023, 09:50h pm CET
3Y0J Bouvet Island News Update: Originally 3Y0J announced that there would be no /MM operation on the way to Bouvet. Well a few days sitting on a sailboat with no HF radio to operate can change your mind. SURPRISE! Today at around 19:23 UTC the callsign LA7GIA/MM was heard on 14.018 CW from the Marama. 3Y0J Team Member Adrian KO8SCA told me a few minutes later that four different operators from the team had operated at that point. Adrian confirmed they are all using their own calls/MM. Have fun working them.
LB5GI/MM was QRV 14.265 SSB at 21:30 UTC. The first of the /MM in my log. Nice signal to NY.
Steve N2AJ, Fuente: Facebook


UPDATE: 20.01.2023, 04:22h am CET
[...]The Marama continues to make steady progress towards Bouvet. The boat’s speed has been anywhere from 7-9 mph. Unfortunately they are no longer receiving Starlink internet service and they don’t know if or when they will be able to receive it again during travel. We still have two other means of communication with the team including the Icom Satellite Radios.[...]
Steve N2AJ, Fuente: Facebook


Actualización: 17.01.2023, 05:20h am CET
3Y0J Team Co-Leader Ken LA7GIA says, “Technically speaking we have departed Stanley as the ropes came off at 22:56 local time (01:56 UTC). We will stay anchored and then continue to Bouvet tomorrow. Wx forecast is 4 days with calm seas to South Georgia.”
73, Ken
Today was a busy day for the 3Y0J Team. The much awaited RAF flight came into RAF Mount Pleasant Base. All the missing bags and cases arrived and were accounted for. They were picked up and delivered to the boat by VP8 ham friends Sally and Chris along with their friend Kenny Laurie. They arrived at Marama with the precious cargo at 8:00pm. Sally is on a work assignment at Mount Pleasant Base and managed to work the ranks to get our gear. The team had a safety briefing with Captain Oliver and Peter. Earlier Oliver and Nina brought the team’s passports into town to the Customs Office and the team was cleared for departure. There was also some last minute shopping for some more supplies. Now that the team has left Camber Dock, and will be departing Port Stanley Harbor for Bouvet Island in the morning, once again here is the link where you can follow the team by GPS.
To the 3Y0J Team and the Crew of Marama:
We wish you fair winds and following sea. Have a great adventure and come home safely.
73, 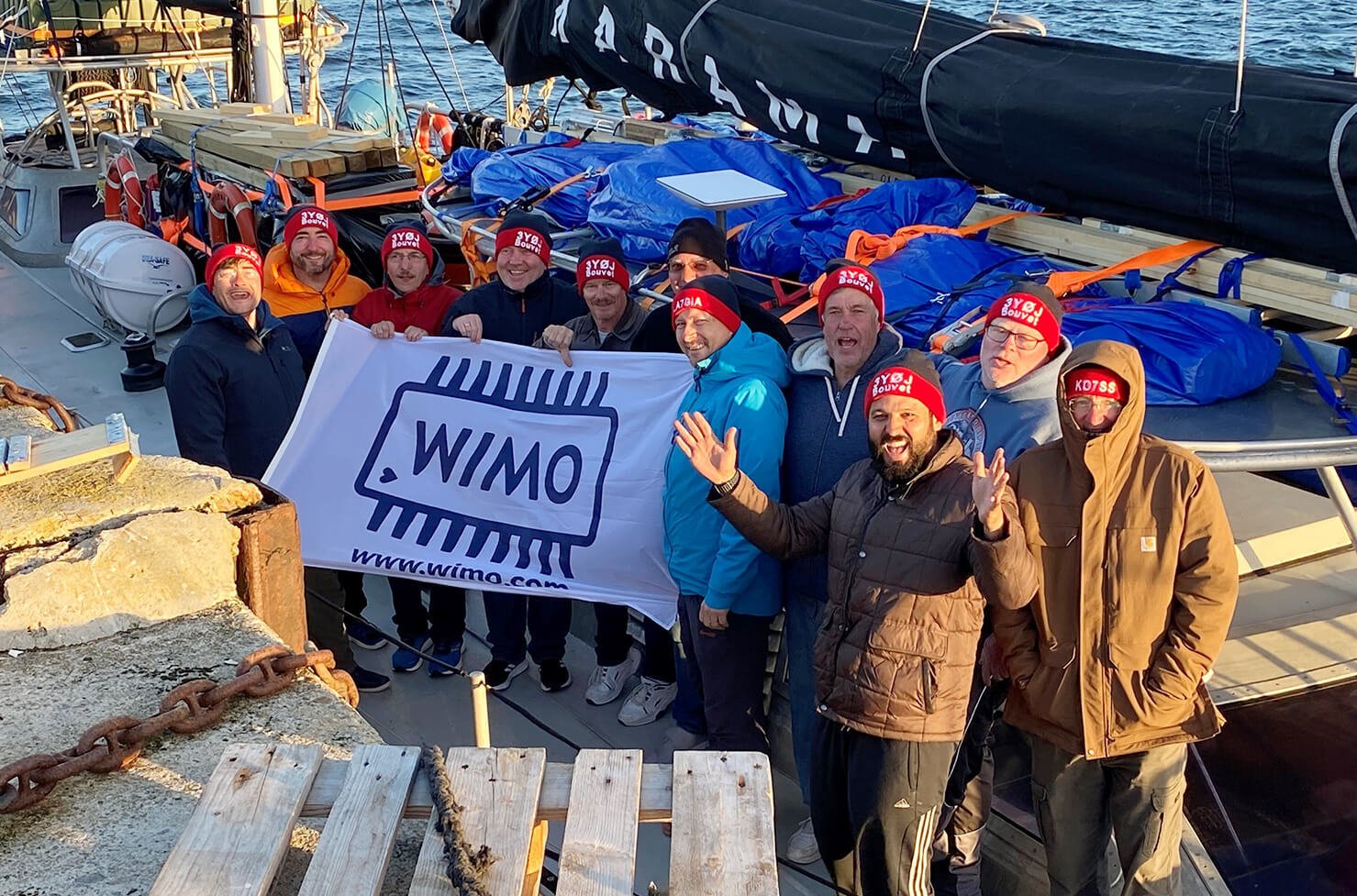 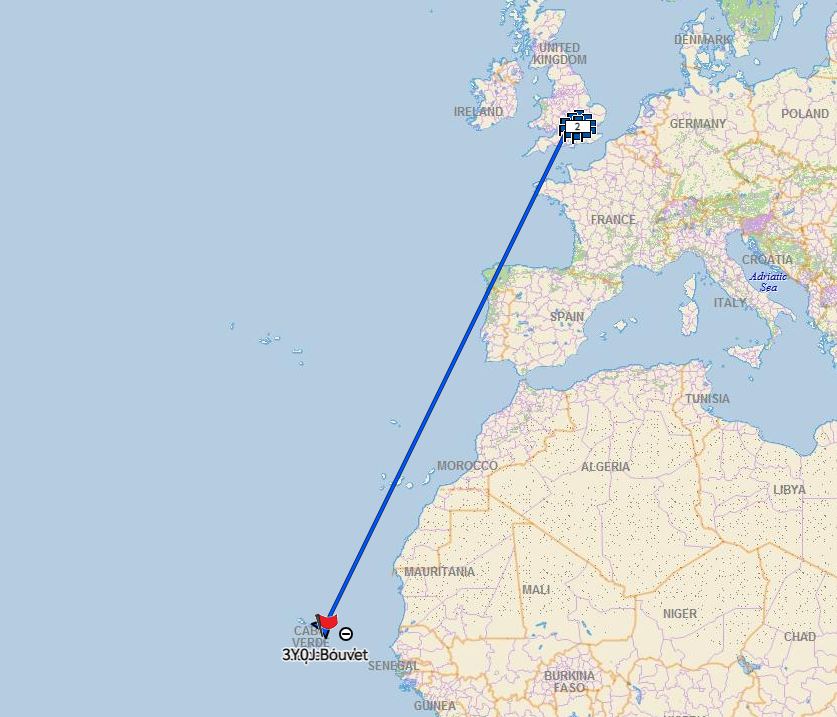 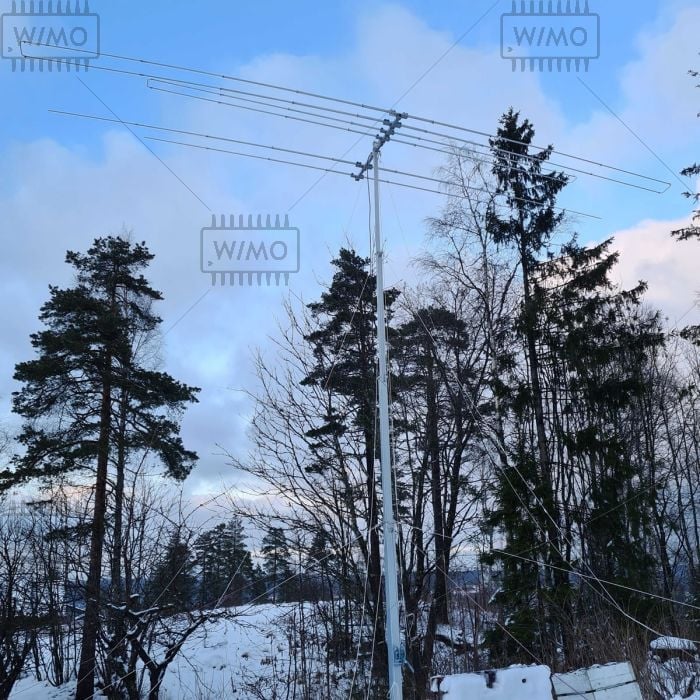 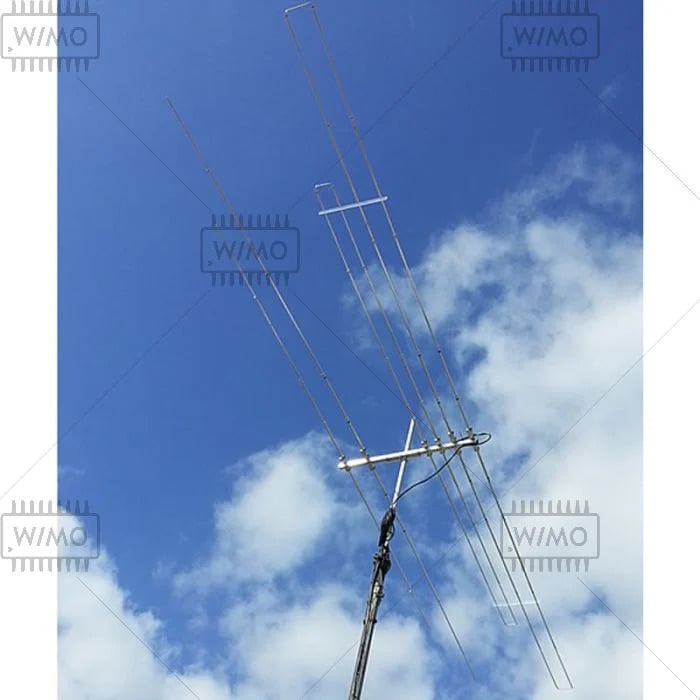 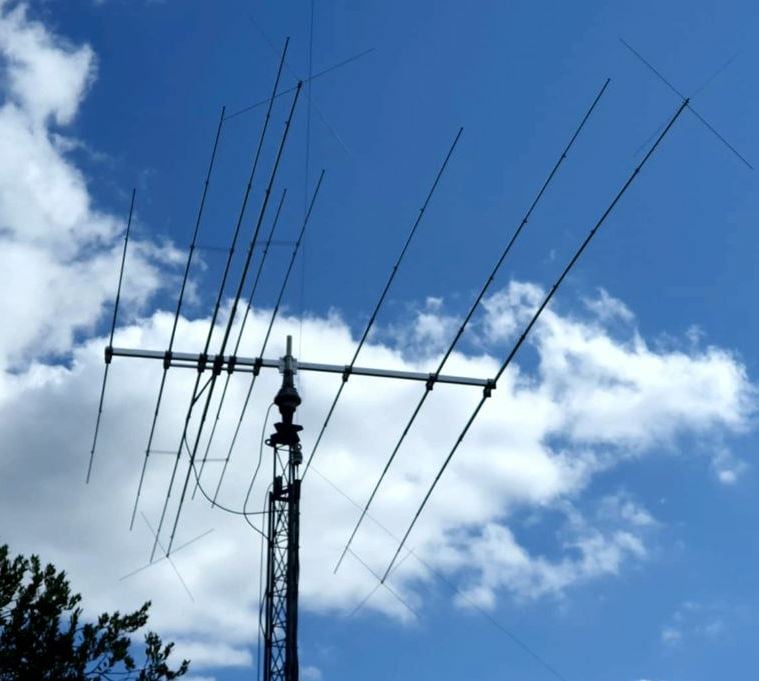 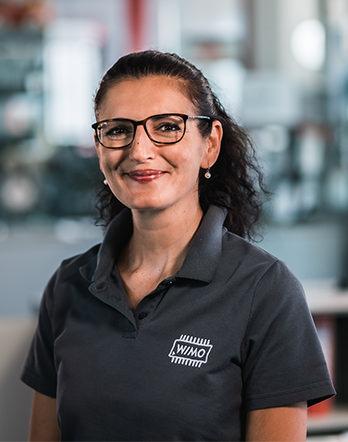